A pycnogonid, or sea spider, clings to the edge of a kelp frond in Dusky Sound. These ancient creatures, which range in size from a millimetre to almost a metre, may be a sister group to terrestrial insects, spiders and crustaceans. Some have mosquito-like feeding habits, inserting their proboscis into a soft-bodied marine organism such as a sea anemone and sucking out body fluids. This species, about the size of a two-dollar coin, has eight legs, but some pycnogonid species have 10 or 12.
Shot on assignment for New Zealand Geographic Issue 130 November-December 2014.
Photograph Richard Robinson © 2014.
Read the Feature: https://www.nzgeo.com/stories/sea-change/ 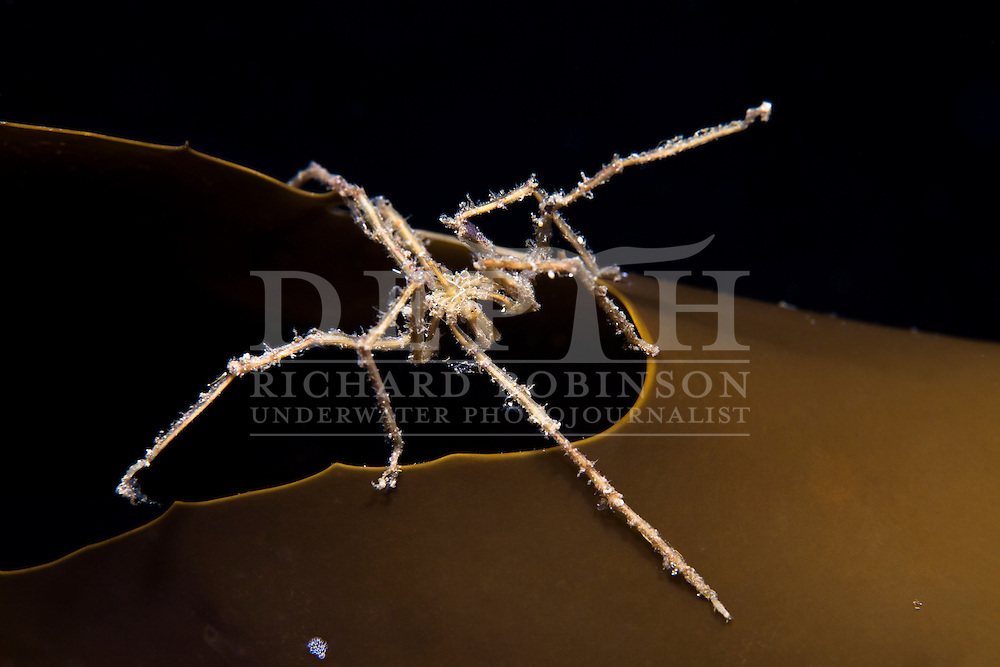