The spotted black grouper is an icon of the Kermadecs, they are relatively common around the archipelago, but this behaviour which appears to be a mating ritual, may never have been witnessed before. The two grouper, approximately 1.2 metres in length, wrapped themselves around each other for more than three minutes, oblivious to the photographer, and changed colour from black to vivid white continuously.
Shot on assignment for New Zealand Geographic Issue 111 September- October 2011.
Photograph Richard Robinson © 2011
Read the Features: https://www.nzgeo.com/kermadecs/ 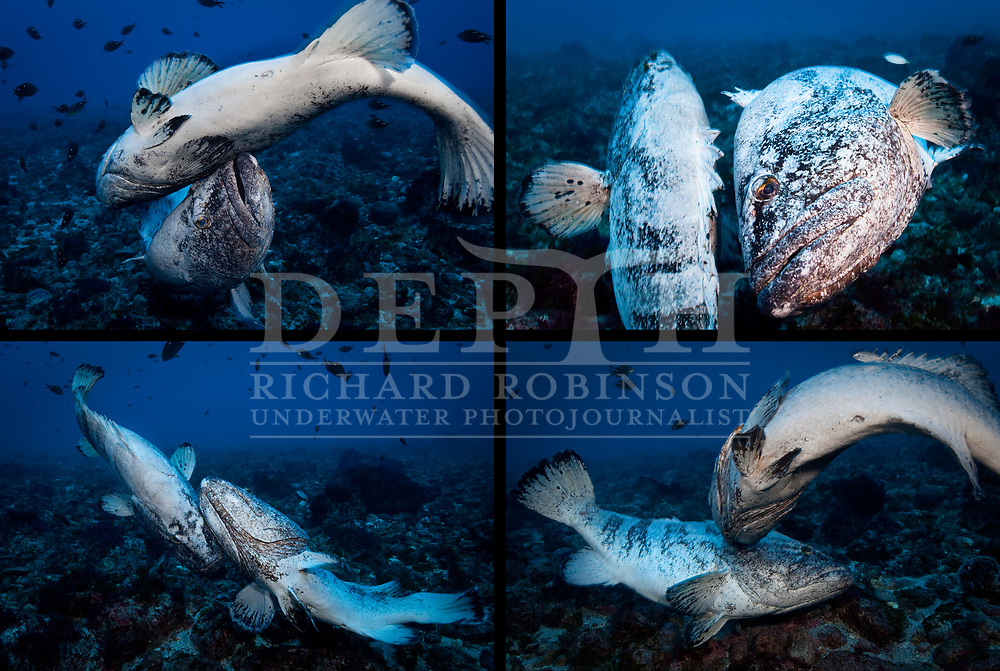