Southern bluefin tuna swim in captivity in South Australia’s Port Lincoln, which is dotted with floating tuna pontoons run by seven family-owned companies. Some have experimented with breeding southern bluefin so they don’t have to be taken from the wild population. But it is economically unviable, says industry spokesman Brian Jeffreiss: it costs so much more to grow a bluefin tuna from a hatchling to 15 kilograms than it does to catch it at 15 kilograms and fatten it up.
Shot on assignment for New Zealand Geographic Issue: 170 July August 2021.
Read the Feature: https://www.nzgeo.com/stories/billion-dollar-fish/
Photograph Richard Robinson © 2021.
Rights managed image. No Reproduction without prior written permission. 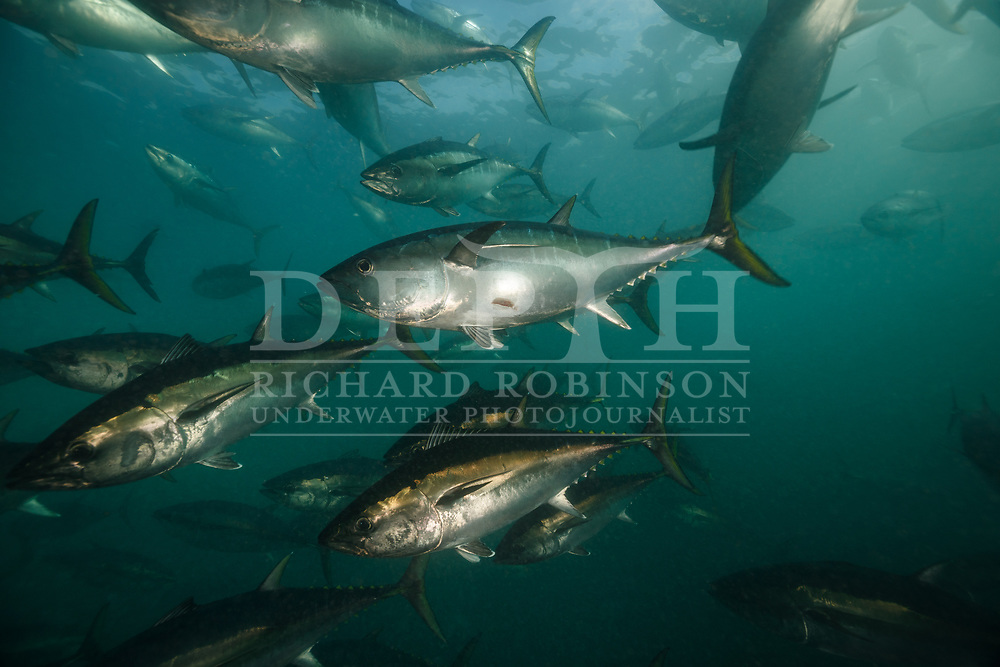