A live male Tītipounamu also known as a Rifleman fluoresce white where the plumage reflects ultraviolet light: under the eye, on the chest and along the edge of the wing. University of Auckland biologist Kristal Cain and her team are photographing songbirds at Boundary Stream in Hawke’s Bay with an ultraviolet camera in order to investigate how, and why, birds have this type of colouration.
This photograph is created by two cameras shooting in parallel—one documenting ultraviolet (UV) and the other red-green-blue (RGB) light. The final is a blend of the ultraviolet and red-green-blue image—an approximation of how we think birds see, and how birds look to other birds, based on the research conducted so far.
Shot on assignment for New Zealand Geographic Issue: 171 September October 2021.
Read the Feature: https://www.nzgeo.com/stories/birds-eye-view-2/
Photograph Richard Robinson © 2021.
Rights managed image. No Reproduction without prior written permission 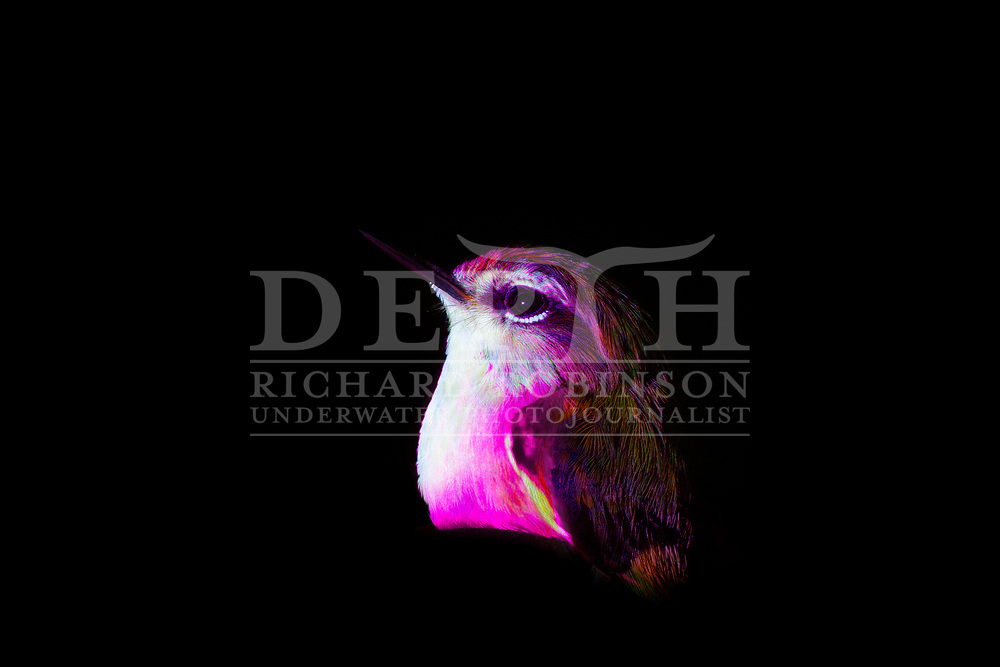